Towards A Partnership of Equals

The General Secretary of the International Federation of Workers Education Associations (IFWEA), Sahra Ryklief (www.ifwea.org/executive-committee/sahra-ryklief), has thrown down the gauntlet and challenged unions to re-energize and re-tool for today’s global ‘new normal.’ Unions must advocate not only for workers’ rights but act in solidarity with broader struggles for equality and social justice.

The essay, released on August 30, 2021, is entitled “Lessons Learned In Transnational Solidarity: Towards a Partnership of Equals.”

In concert with the US–Africa Bridge Building Project, General Secretary (GS) Ryklief has written a powerful essay that grabs readers by the shoulders and gives a shake. Her piece affirms the importance of a “21st Century model of international solidarity” as “fundamental to…the labour movement.” She also acknowledges that the keystone to international solidarity is “crafting a concerted response to the power relationship which invariably underlies all acts of solidarity.”

Confronting the need for truth-telling as one of the lessons she has learned, she says, “In recent years, we have witnessed the rise of new movements, such as #Rhodesmustfall; #BlackLivesMatter, #ClimateJustice,” and #MeToo, that continue to challenge the prevailing structures and narratives of the day in our countries. Most importantly, they have breathed new life into solidarity movements. They have energized the youth and influenced debates on multiple issues…Our most important connection could be by bringing that which is relevant and refreshing from these movements into our [union] dialogue. The new human rights and youth-based solidarity movements worldwide can regenerate labour activism if we seize the moment to make unionism relevant again.”

The GS does not avoid sensitive points when she speaks about solidarity partners and declares that “one of the issues which has emerged, is a strong critique of the savior complex.” Ryklief concludes that many social justice and human rights workers from developed countries have this affliction, but has also witnessed South Africans portray a similar set of attitudes to Africans from other countries on the continent.

The lessons learned essay gives personal observations that inform readers about Ryklief’s inside view while working with her talented union colleagues and others. The trade union movement has been under pressure and slowed in momentum long before the massive COVID-fueled societal changes rocked the world. The essay says that active union memberships are flagging and that economic migration and decreasing political power are long-standing union challenges. She states her views on the status quo of trade unionism throughout the essay. “…Despite 100 years of transnational labour solidarity conditions for vulnerable workers are degenerating from what they were only a few decades ago.”

General Secretary Ryklief believes that recognizing the need for working in solidarity with the broader struggle for equality and linking with those struggling against the same barriers can uplift unions. “Solidarity is based on the premise that our world is changeable and that a better world is possible. To be a persistent proponent of transnational solidarity is to accept that our immediate acts of solidarity are not going to change the world any time soon. It is for this reason that we have to…ensure that it changes…the people and organizations involved in labour solidarity.”

Ryklief’s extensive 17-year employee representation and union support background combine with her 15-year career as an educator and librarian dedicated to creating access to information. She says that “the core of solidarity is solving our problems together. Collaborative effort provides motivation and builds the capacity of trade unions, NGOs, and social organizations. We must start by listening before speaking, learning before acting, and partnering instead of leading.”

In her essay on lessons learned, the union leader concludes, “There is something very powerful in believing that humanity is one.” She says it is essential to embrace people’s struggle for economic and democratic freedom, equality, and justice. “Until their battles are won, we cannot rest,” says Ryklief.

A companion web page to the essay, also released August 30, 2021, contains the foreword to a 2014 report on “African Trade Unions and Africa’s Future: Strategic Choices in a Changing World.” The report was based on extensive interviews with trade unionists in nine African countries in 2013, and research by Solidarity Center Africa Region staff and consultants.

Sahra Ryklief has worked on information provision and education for trade unions since 1990, beginning with the Labour Research Service, before taking on her current position as the General Secretary of the International Federation of Workers Education Associations (IFWEA) (www.ifwea.org) in 2007. She holds an MA from Liverpool University, UK.

The US–Africa Bridge Building Project is an initiative to catalyze engagement between local struggles and global problems and promote mutual solidarity between Africans and Americans working to end corruption and tax injustice. The project works to build effective transnational alliances between those working to achieve a shared vision. (www.us- africabridgebuilding.org) 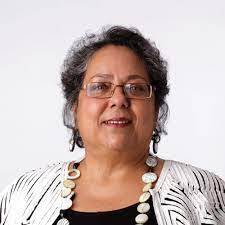