Transnational solidarity is both necessary and urgent.

As the coronavirus pandemic and the climate crisis make clear, threats to our common welfare cannot be confined by borders and walls. Collaboration across borders is essential for us to cope with the damage done and build a safer future. No nation-state, however powerful, can achieve this by acting alone. Indeed, the failure to act together can only lead us into a downward cycle of destruction in which ultimately there are no winners.

The same lesson applies to a host of human endeavors, from sustainable agriculture to management of globalized communication spaces that can foster common scientific achievement and civic dialogue – or can just as easily spread hate. Inequality, both within and between nations and regions, is deepened by global supply chains and financial institutions that siphon resources from the poor to the rich. Authoritarian regimes and terrorist movements alike turn to demonization of enemies defined by race, nationality, or religion. To fight back, we must insist on and act on the recognition of our common humanity.

Transnational solidarity is difficult but possible.

The obstacles to transnational solidarity are immense. Let’s be realistic – most people on the planet, preoccupied with their own struggles and those of their communities, know little of the lives of others farther away. Understanding of and identification with strangers must be constructed. This is highly challenging in an environment where political leaders seek to divert blame to outsiders and the volume of hate speech often drowns out other voices.

Nevertheless, transnational solidarity has been significant and it is growing. The climate justice movement, to take just one example, counts literally millions of activists around the world. Some have been drawn in by high-profile actions such as the climate school strikes initiated by young Swedish environmentalist Greta Thunberg. The movement has chalked up successes such as the #Decoalization campaign in Kenya, as activists in the port city of Lamu, with supporters in Nairobi, throughout Africa, and around the world, blocked siting of a coal plant being built with Chinese financing and U.S.-sourced technology.

Another recent example of growing transnational solidarity is Women in Informal Employment: Globalizing and Organizing (WIEGO), a global network focused on empowering the working poor, especially women, in the informal economy. Founded in 1999, it has supported organizations of domestic workers and other informal workers around the world.

Transnational solidarity has a long history.

School textbooks most often privilege national histories. But as more and more historians now stress, transnational links existed even before the 17th-century emergence of what we now call nation-states. Nations, influential historian Benedict Anderson wrote in 1983, are “imagined communities.” So, too, were the religious communities and empires that preceded them. But even after the rise of nation-states, transnational communities continued. And the classic forms were joined by imagined communities of solidarity, as resistance to the new European-dominated world order took shape over the course of centuries.

In the period of European conquest and the slave trade, resistance from conquered and enslaved peoples was accompanied, if only inconsistently, by criticism raised within European countries. Even in the early 16th century, a minority in those countries defended the rights of distant “others.” In the 18th and 19th centuries, the anti-slavery movement, together with economic changes, contributed to banning the slave trade and slavery itself from most of the world.  Throughout the 20th century, movements around the world made common cause in campaigns against colonial and white-minority rule. And the Black freedom movement in the United States found inspiration in Haitian independence, in Ethiopian resistance to Italian occupation, and in African freedom struggles, from Ghana to Mozambique to South Africa.

Transnational solidarity can be geographically specific or global.

The most widespread transnational solidarity movement of the 20th century was the anti-apartheid movement, which extended throughout the world. It was linked to a parallel movement to support liberation in the Portuguese colonies, Rhodesia, and South West Africa. Despite their worldwide scope, this transnational solidarity was evoked by the sustained initiative of African movements themselves, as illustrated by the work of such leaders as African National Congress leader Oliver Tambo and Mozambican liberation leader Eduardo Mondlane.

Transnational solidarity may respond to injustices in specific places – like the movement against South African apartheid – or it may respond to a commonality of oppression around the world. The most prominent movement of the latter type, continuing into this century from earlier generations, is the feminist movement, insisting that “women’s rights are human rights.” Taking different forms in different countries, this movement achieved a powerful global presence through a series of conferences, beginning with the First World Conference on Women held in Mexico City in 1975. The Beijing Conference in 1995 featured prominent involvement by nongovernmental participants as well as governments and sowed seeds of countless collaborative exchanges across national boundaries.

Transnational solidarity links movements across wide spans of space and time. Thus the movement for freedom in the African diaspora and on the African continent have repeatedly inspired and strengthened each other. India’s struggle for independence echoed both in Africa and in the United States. And the U.S. civil rights movement of the 1950s and 1960s served as inspiration and model for other movements and organizations demanding rights of excluded groups, from women’s rights to gay rights, and from the Chicano movement to the American Indian Movement in the 1960s and 1970s.

World War II saw not only combat between nations, but a wider anti-fascist movement that brought together unlikely allies against what was seen as a greater threat. And in the 1960s and 1970s, the movement against the Vietnam War sparked massive protests in Europe as well as the United States. None of these links erased the particularity and creativity of specific movements in specific places. Nor were they inconsistent with bitter internal conflicts over ideology, personal ambition, and racial and national divides. But they also created lasting connections that crossed national boundaries.

Transnational solidarity is not charity.

The opening quote by Samora Machel was echoed in a speech he gave at a conference in Reggio Emilia, Italy, in 1973, entitled “Solidarity Is Mutual Aid.”  The Mozambican liberation leader harked back to World War II anti-fascist resistance in Italy and to the Italian health workers who were then providing assistance to medical services in Mozambique’s liberated areas. After independence in 1975, Mozambique itself engaged in solidarity, most notably with movements fighting white supremacy in Southern Africa but also with East Timor in the Pacific and Western Sahara in northwest Africa.

Unlike solidarity, charity implies a gift or dispensation from superior to inferior. It may be well-meaning but condescending, lacking in mutual respect and attention to local realities. In 2012, responding to the viral internet campaign to “Stop Kony,” Teju Cole denounced the “White Savior Industrial Complex” in a scathing twitter thread, later elaborated in an article in the Atlantic.

There are no formulas, but there are lessons to be learned.

Today, amid the worldwide rise of right-wing populism, even some formally democratic governments seem to be following an “authoritarian playbook” in which the operative principle is divide and rule. Such divisive tactics are likely easier to codify than those needed to work together for common humanity. There is clearly no simple recipe for building or growing transnational solidarity. But there is enough collective experience, past and present, that we should be able to learn from one another.

In 2021, the US–Africa Bridge Building Project will bring together a selection of such insights  in a “Transnational Solidarity Playbook.” We plan to begin with experiences of the African liberation solidarity movement in which we have been personally involved, while also drawing on the insights of scholars and activists knowledgeable about a range of other transnational movements. 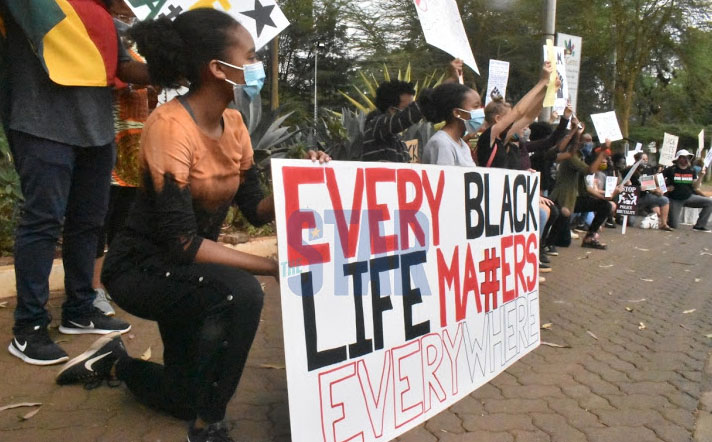 “International solidarity is not an act of charity, it is an act of unity between allies who fight on different terrains for the same goals. The most important of these goals is to help the development of humanity to the highest possible level.” – Samora Machel