Pandora Papers and the USA

Pandora Papers and the USA

The 9th Pan Africa Conference on Illicit Financial Flows and Taxation, co-hosted by Tax Justice Network Africa and the Africa Tax Administration Forum, begins today in Nairobi. This gathering comes only a few weeks after the release of the Pandora Papers, the largest revelation to date of leaked files showing the hidden global networks of money-laundering and tax evasion.

[For one example, see the photo to right of three cliff-side mansions in Malibu, California, purchased by King Abdullah of Jordan through three different companies.]

It is also the first such massive leak including detailed insider information on such practices in the United States.

The article below was published on October 19 on the Africa is a Country website.

Project Director Imani Countess asked me to share this because it particularly focuses on the project’s strategy of reaching out to local economic equality activists in the United States. She is now at the conference in Nairobi. Earlier this year she was able to make initial visits. previously postponed due to Covid, to Minneapolis and to Atlanta, two of the target cities for making such links.

Also to report in this brief update is the publication of a new essay and complementary web page in the Transnational Solidarity Playbook, both focused on Pan-Africanism and Global Solidarity: “Lawyers Crossing Borders: From Anti-Colonialism to Anti-Apartheid,” by Meredith Terretta, and “A Fuller Freedom: The Lost Promise of Pan-Africanism,” excerpts from a book review by Adom Getachew.

Pandora Papers Confirm: The United States Is Not a Country

William Minter is the editor of AfricaFocus Bulletin and an advisor to the US-Africa Bridge Building Project.

There are many ways in which the United States is not one country.

I’m not referring to the electoral reality of red states versus blue states, or to the split between a radicalized Republican Party and those of us who hope that an inclusive democratic vision of the nation might eventually prevail. Nor am I speaking here of racial or ethnic divisions, however defined.

Rather, what I mean is that the United States, where countless corrupt billionaires and dictators have stashed their loot, is not a single tax haven, but many separate tax havens.

Each state and territory has its own laws and regulations about financial transactions used for tax evasion or money laundering. Enforcement often also depends on municipal and other local officials, leaving ample opportunities for cronyism or simply failures to investigate.

The Pandora Papers, released on October 3, show that the United States is second only to the Cayman Islands in facilitating the secrecy of illicit financial flows. But it’s not a simple picture. To analyze the role of the United States in global money flows, one must dig into a labyrinth of financial jurisdictions and players. Wall Street and the federal government in Washington are important actors, but they are not the central players who manipulate the entangled threads.

Based on an investigation by a network of 600 journalists around the world, the Pandora Papers revealed some 12 million financial documents–still only a tip of the iceberg. Among the national leaders exposed was Kenyan President Uhuru Kenyatta, who met with President Joe Biden at the White House on October 14.

Ironically, President Biden’s home state of Delaware has long been renowned for its use as a tax haven, beginning in the late 19th century. Reliably Democratic in national politics, Delaware still ranks at the top among U.S. states providing secrecy for corporations and ultra-high-wealth individuals, both domestic and foreign.

Both red states and blue states are destinations for those who seek to hide their money from tax collectors and public scrutiny. The U.S. federal system is a patchwork of states and territories, municipal and local jurisdictions, each with its own laws and regulations. This complex map provides ample opportunities for shell games of “hide the money.”

While the same is true to some extent of other nations with federal systems, and of the intricate financial network of the United Kingdom and its overseas territories, the United States offers unparalleled opportunities for concealment, lax enforcement, and legal obfuscation.

The Pandora Papers cite the example of South Dakota, an attractive destination for billionaires and others seeking to avoid estate taxes. The International Consortium of Investigative Journalists (ICIJ), which led the Pandora Papers investigation, obtained access to the records of the Sioux Falls office of Trident Trust. Among its clients were the family of Carlos Morales Troncoso, former president of Central Romana, the largest sugar plantation in the Dominican Republic. Owned principally by two Cuban exile billionaires in Florida, the plantation is notorious for its exploitation of Haitian workers.

South Dakota led the way in providing such trusts, as reported in detail even before the current revelations. But other states, including Alaska, Florida, Delaware, Texas, and Nevada, have followed suit.

The Pandora Papers also document the luxury real estate holdings of Jordan’s King Abdullah in Malibu, California. Like many other politicians and oligarchs around the world, King Abdullah owns real estate in many places outside his country. The ICIJ found records of his purchases in London and Washington, DC, among other cities, as well as three side-by-side mansions in a luxury enclave in Malibu, near Los Angeles (see photo to right).

Money-laundering cases often feature luxury real estate, found in almost every region of the world. And the U.S. Financial Crimes Enforcement Network (FinCEN) has orders requiring stricter reporting of all-cash sales in 12 metropolitan areas. But fully tracking such transactions for shady deals or tax evasion is far beyond the capacity of FinCEN or the underfunded Internal Revenue Service, much less local or state governments with few incentives to investigate influential people.

Bottom line: those seeking to track down the hidden wealth that dictators, criminals, or jet-setting billionaires have lodged in the United States must not limit their efforts to supporting changes in national legislation in Washington, DC. They must also turn the spotlight on state and local communities around the country, in both red and blue states.

In February 2017, for example, the Washington Post called attention to the fact that U.S. relations with Gambia and Equatorial Guinea were not just “foreign policy” but also a local story in Potomac, Maryland. The ousted Gambian dictator Yahya Jammeh lived at 9908 Bentcross Drive. The U.S. Department of Justice filed a forfeiture complaint in June 2020 to recover $3.5 million of corrupt proceeds. His counterpart Teodoro Obiang Nguema, who has ruled Equatorial Guinea since his successful coup in 1979, still owns the house at nearby 9909 Bentcross Drive.

The message to look beyond the national political arena in Washington applies not only to tax justice advocates within the United States, who are now making significant progress in reform of national legislation. It also applies to global tax justice networks seeking to expand the transnational impact of their combined efforts. And it applies to African governments and international agencies tracking down the spoils of corruption, such as the still untraced portion of billions hidden overseas by Nigerian dictator Sani Abacha and his associates.

The same hidden mechanisms that siphon money upward to the rich are ubiquitous both in the United States and on the African continent. The effects are felt at all levels, from failure to address global crises such as climate change and the Covid pandemic to gross inequality in housing and other essential needs.

Exposing those mechanisms and building the political will to curb illicit financial flows requires action not only in national capitals and global institutions, but also in all the jurisdictions where wealth is hidden. Nowhere is this more true than for the United States.

In the United States, new African immigrants have taken the lead in battles to defend social justice on many fronts. Prominent figures include Congresswoman Ilhan Omar of Minnesota, Nsé Ufot of the New Georgia Project, and Ay (Opal) Tometi, one of the three co-founders of #BlackLivesMatter.

In Washington, this message from the Panama Papers is beginning to be heard if not yet followed.

On October 17, the headline of a Washington Post editorial read “States must stop letting the ultrawealthy dodge taxes — and the law.” Despite the limited progress on national legislation, African and other global advocates for tax justice should recognize U.S. political realities and make good use of the many links they already have to states and local communities in the United States. 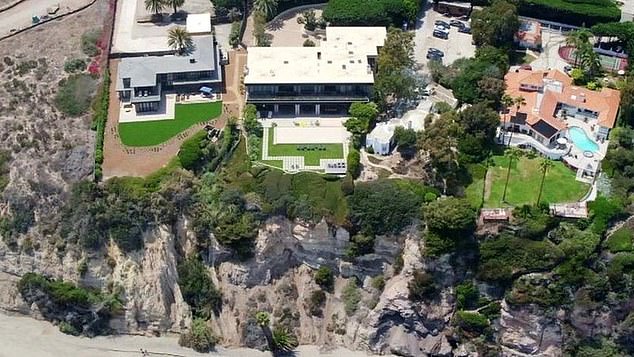